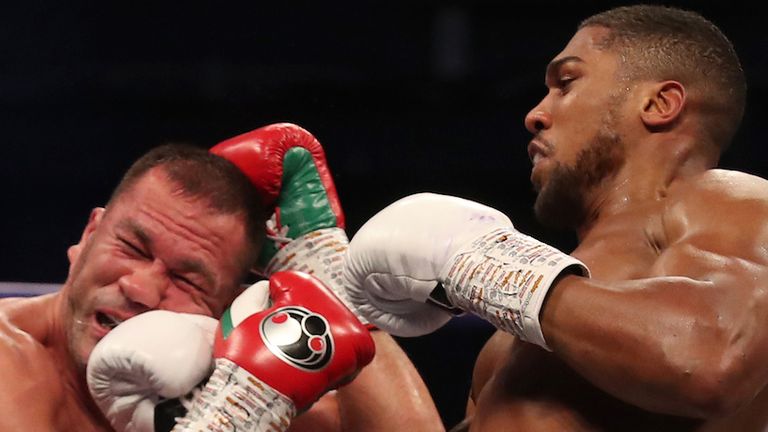 Anthony Joshua has retained his heavyweight titles after knocking out Kubrat Pulev in the ninth round of their match.

Bookies’ favourite Joshua had put his IBF, WBA and WBO heavyweight championship belts on the line against Pulev, an IBF mandatory challenger, as they fought in their world heavyweight title bout at Wembley Arena.

The British fighter lasted nine rounds with the Bulgarian before landing him a huge right hand to KO his rival.

Ahead of the match, former boxing star Mayweather called Joshua a “hell of a fighter and a gentleman”.

Joshua, 31, walked out to The White Stripes’ Seven Nation Army as the 1,000 fans in the arena belted out his name.

In the first round, both men were cagey at first, with Joshua the first to throw a punch before Pulev responded with a jab.

Things heated up in the third round and Pulev found himself in trouble, eventually being floored by Joshua.

But the Bulgarian was soon hitting back fiercely and holding his ground.

However, it was not enough to overcome Joshua, who landed four uppercuts before sending Pulev toppling to the floor.

As the Bulgarian rose to his feet, his rival unleashed a knockout blow.

Speaking after his win, Joshua told reporters: “I hope everyone was satisfied tonight.

“For me, I stuck to what I know best, boxing. You ask the crowd what they want to see!”

It was Joshua’s first fight in the UK for two years and it sets the stage for him to face fellow British boxing champion Tyson Fury in a fight planned for 2021.

Britain’s heavyweight rivals hold all the world boxing titles after Fury claimed the WBC belt with a stoppage win over Deontay Wilder in Las Vegas.

The pair have agreed to a heavyweight showdown in what is likely to be billed as the biggest fight in British boxing history.

Coincidentally, Tyson’s Fury first cousin Hughie Fury, who is also a heavyweight, won his fight earlier in the night by unanimous decision. 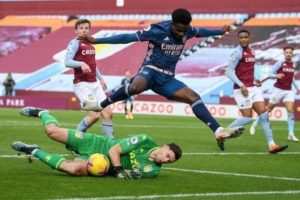