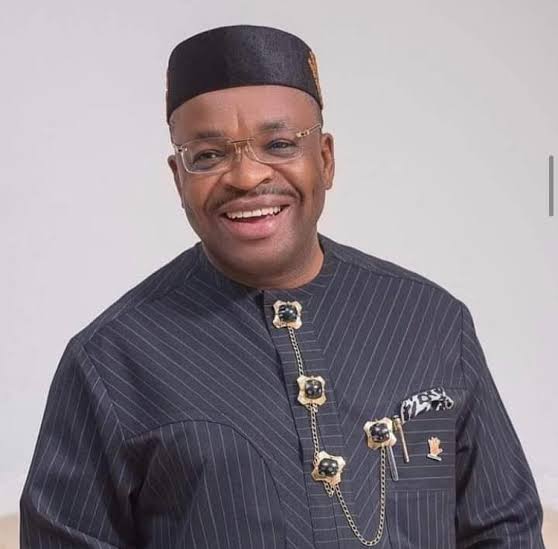 Governor Emmanuel Udom of Akwa Ibom State says his decision to become the President of Nigeria in 2023 is not for self-aggrandisement but to rescue and restore Nigeria to its past glory.

Udom stated this on Saturday in Jos while on a consultation visit to the leaders of the Peoples Democratic Party (PDP) in Plateau State on his 2023 presidential aspiration.

He said he felt challenged to offer himself for service because of the existing vacuum between the older generation and the younger generation.

Udom explained that his decision to start his foray into the North from Jos was deliberate, stating that this will enable his campaign to flow seamlessly from there to other parts of the North.

He lamented the collapse
of infrastructure across the country, saying that this
has negatively impacted on the economy and well-being of Nigerians.

The governor also regretted the collapse and relocation of many industries of Nigeria, a development which he said has compounded the economic woes of the country.

If elected the President of Nigeria in 2023, Udom promised
to revive the economy and create wealth and job opportunities for Nigerians.

He said his outstanding performance as governor of Akwa Ibom State was an indication that he will perform better at the national level.

The Presidential aspirant listed coconut and it’s bye products , which Akwa Ibom is working on to export and earn foreign exchange as one the major achievements of his administration.

“Akwa Ibom runs the most efficient airline in Nigeria, which Nigeria as a country has not been able to do. And no nation can develop without a national carrier.

“As industries are packing up in other parts of the country, I can list at least 22 industries springing up in Akwa Ibom.

“The best flour is produced in Akwa Ibom,” he added.

Udom lamented that the country is so divided today along religious and tribal lines, saying that he has built enough bridges across the Niger to reverse the situation and ensure a cohesive and prosperous nation.

“The new generation of Nigerians we yearn after will be made possible by me.

“I understand the language of investors. I will attract them to rescue and restore Nigeria,” he promised.

He emphasized the need to “link hindsight with hindsight and then foresight” to solve the power problem and other problems militating against the country.

Going down the memory lane, he recounted how Jos was the place to be but lamented that insecurity has changed all of that.

Udom said he has the answer with the right policies and right people in place to restore a lasting peace to Jos and other parts of Plateau State when he becomes the President .

“God is looking for someone to partner with, I believe someone like me is ready for that partnership,” he said.

Responding, former Governor
Jonah Jang advised the national leadership of the PDP to zone the presidency to the South.

He said PDP’s headache would have been substantially reduced if that had been done since.

He hinted thst he too had offered himself for service as president in the past, observing that the situation now is worse.

Despite that, he advised that
the country must continue to uphold democracy.

“I am a strong believer in democracy but, unfortunately,
the wrong people kept coming
into office.

“I saw so many things going wrong and believe the problems are not insurmountable.

“I cannot see how Buhari can sleep with his eyes closed with the killings around, hijacking trains and nothing being done?

“The soldiers of our own days would not have tolerated this.

“We need to take over the nation first. How do you repair the economy with the nonsense going on?

“It is God that anoint president. It is not by power or by might,” he said and then pleaded that the PDP Constitution be respected.

“Zone the presidency to the South. President Buhari is finishing two terms of eight years, ” he added.

Earlier, a former governor of Benue State, Gabriel Suswam had introduced Udom to Jang and other leaders and delegates of the PDP in the state.

He described Jang as father of PDP in Plateau State and the only person who had been governor in three different states: Gongola, Plateau and Benue. 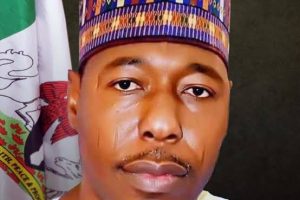 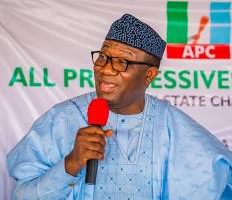 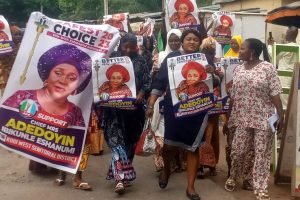